“The team isn’t really playing inside themselves,” the announcer said about the Duke – Univ of AL-Birmingham game tonight. UAB was trying to move too fast, trying to play Duke’s game, and they were losing . . . badly. If they slowed down, shot their signature 3s, and played their game, the commentator thought they had a better chance.

I heard something similar at the UVa game last night when Mustapha Farrakhan almost broke the school’s 3-point shot record but whiffed on the 9th, crucial shot. The man behind me said, “Right there he did what he hasn’t done all season: he rushed it.” He didn’t play his game.

It occurs to me that I don’t always play my game either. I try to do what isn’t my gift. I try to do more than I am able. I rush my shots. I miss the good plays. All because I am not true to myself.

Society seems to tell us we should do a lot of things – be “successful,” make money, get married, have children, own a house, move “up” the ladder. Rarely do we hear – live your dreams, take a risk, give up a little cash, sacrifice the lesser things to be who you truly are. We are scared of not having enough; we are scared of being alone or broke or dependent; but mostly, we are scared to live into our true selves. We put goals ahead of identity. We pull up short for the 3 and miss it because we rush it. If we just played inside ourselves, we’d make it every time.

Finally, this year, I am taking my time. I am playing my game. I am writing.

It feels so good. 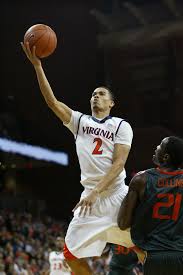 Get regular updates from me in your inbox.